Liebrary: Is the Financial Sector really the engine of prosperity and growth for the UK? 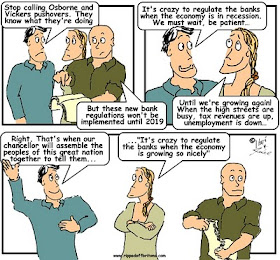 If you repeat a lie often enough, people will believe it to be true. If there was a GCSE, or O'Level, in Propaganda this would be in Chapter 1.

Particularly since the banks crashed the World economy, we have been told by bankers and politicians alike that in spite of the financial sector's misdeeds we should leave it with light regulation, allow its executives to extract excessive salaries, and pump in billions of pounds taken from the rest of the economy to rescue it.

We are told that the job cuts, pay freezes, reduced pensions, cuts to the armed forces, the police, health and education are all sacrifices well worth making in order to save the banks.

Why should we be so generous? We are told that the Financial Services Sector is the greatest engine of growth in employment and wealth in the United Kingdom.

Is this actually true?

Figures presented in a report on banking reform by the University of Manchester's Centre for Research on Socio-Cultural Change (CRESC), titled "An alternative report on UK banking reform", suggest that this is a lie worthy of a place in our Liebrary.

a) Has the financial services industry actually made a huge contribution to the national coffers?
The CRESC report shows that in the five years before the crash in 2008 the financial services industry contributed £208 billion in taxes (including taxes paid by its staff). However the bailout cost was £289 billion, (i.e. over £80 billion more, up to when the CRESC report was written in 2009). 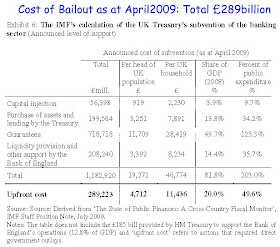 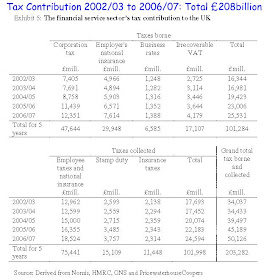 b) Is the financial sector an important and growing provider of employment in the UK?

Actually, figures from 1991 to 2007 show that financial sector employment in the UK has been stagnant at around 1 million staff. The collapse in manufacturing jobs in recent decades was taken up by other areas of the services sector, including business services, education and health; all sectors that are now being punished for the misdeeds of the Financial Sector. 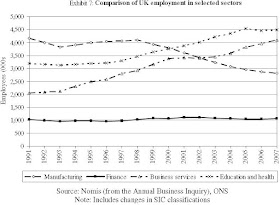 c) Is the Financial Services industry a source of nationwide prosperity?
A separate paper by CRESC shows that 44% of financial services jobs are in London and the South East, while in other parts of the UK it is only a minor employer. It is these other parts of the UK that are bearing the brunt of the economic and social pain caused by the banking bust. As the Governor of the Bank of England said, "The price of this financial crisis is being paid by those who absolutely did not cause it". 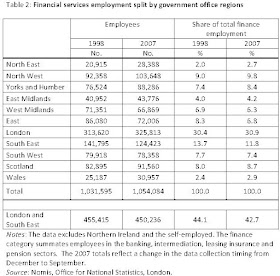 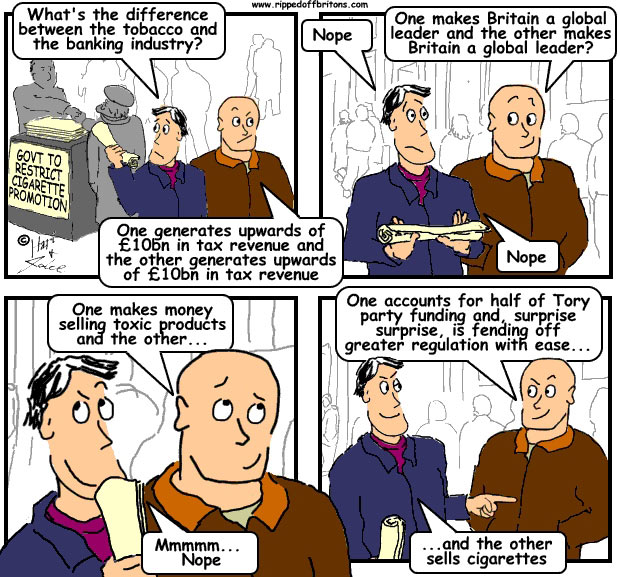