Fat Cat Football: Why German football is superior to English, on and off the field

Germany has much lower ticket prices

At Bayern Munich, you can get in (albeit to stand) for £12. Contrast those prices with £30 at the cheap end in Manchester United.

For a season ticket, it averages £207 in Germany's top-flight games compared with £468 in England. These figures come from a High Pay Centre report which looks at figures up to 2011.

SOURCE: "Football mad: are we paying more and getting less?" by the High Pay Centre

Let’s compare the basics of the Premier and the Bundesliga champions. Deloittes did a comparison in 2012, from where we source the figures (SOURCE: Deloitte Football Money League 2012):

Manchester United:
Bought by the American Glazer family for £790m in 2005 in a controversial deal which loaded the club with debt. Since 2012 10% of its shares have been listed in New York.
Revenues = £331.4m, Cheapest season ticket price = £532

Bayern Munich:
Run as private company it is 82%-owned by its fans, with the sports goods firm Adidas and car company Audi holding just over 9% each.
Revenues = £290.3m, Cheapest season ticket price = £67


When Uli Hoeness, the president of Bayern Munich, was asked why the club didn't have higher ticket prices, like they do in England, he said: "We do not think the fans are like cows to be milked. Football has got to be for everybody. That's the biggest difference between us and England."

The columns below show how the demographic of a typical Premier League fan has been changing. It also shows how it differs from the average for all the UK leagues. (NOTE: The shaded columns at each end represent the average for all the leagues; A1 = higher managerial, administrative or professional class, DE = semi and unskilled manual workers, state pensioners, casual or lowest grade workers.) 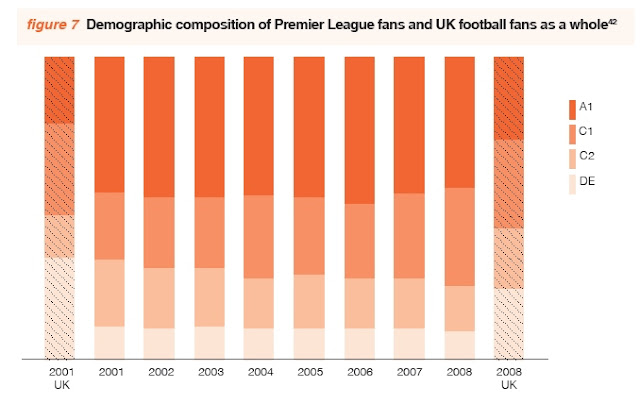 SOURCE: "Football mad: are we paying more and getting less?" by the High Pay Centre 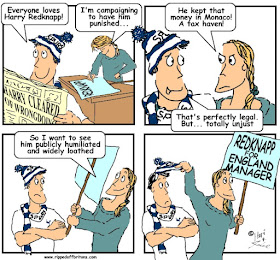 (NOTE: despite the big differences between the UK and German leagues, on the subject of fat cat tax evasion, Germany and the UK are much the same. Uli Hoeness, an icon of German club soccer, former player and medal winner in Euro 1972 and the 1974 World Cup, began a 3 year and 6 months jail sentence for tax evasion in June 2014. BBC NEWS)

In Germany, there is the "50 + 1" rule, whereby the association or club has to have a controlling stake so that commercial interests can't gain control. At Bayern Munich, for example, Audi and Adidas each own 9% but the rest is controlled by the members via the club.

Above all, German clubs are genuine clubs: formally constituted associations with members who elect officials. In the UK the top clubs are listed companies, or largely privately owned.

As a result, German Bundesliga clubs do not carry huge debts, like UK Premiership clubs. They rely much more on incomes generated and then invested in the game.

According to the 2012 accounts for Manchester United plc, it is registered in the Cayman Islands tax haven and listed on the New York stock exchange. United remain burdened with £420m debt from the Glazers' 2005 takeover, at approximately 8.5% interest, which cost the club £50m last year. The takeover has cost United around £550m altogether. In 2013 the club paid a £10m dividend to the owners, a £3m management fee to the Glazers, and £558,484 interest was payable to Kevin Glazer.

German clubs depend on sponsorship, not high ticket prices
In Germany the members elect the president. With lower incomes from tickets, German clubs tend to put more weight on sponsorship deals, and tend to form close associations over the long term with local firms.

Bayern gets 55% of its revenue from commercial deals with companies compared with 37% from that source for Manchester United. British clubs tend to get a bigger slice of their income from the fans.

Despite these different was of generating revenue, Manchester United’s total revenue is typically only 10% higher than Bayern’s.

According to Twentyfour7 Football magazine, Bundesliga clubs made a profit of £47m last season while the Premier League made a loss of £207m, even though the income to the British league was higher (£2.4bn) than to German clubs (£1.78bn).

In the Bundesliga wages are 38% of the clubs' revenue while the in Premier League it is 67%.

German clubs do buy stars. Bayern Munich bought Borussia Dortmund midfielder Mario Gotze (a German) for a reported €37m (£31.5m). But they also groom youngsters. Following the German national team’s humiliating elimination at the group stage of Euro 2000, Bundesliga clubs have since spent a total of £610 million on youth academies. 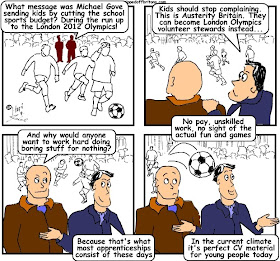