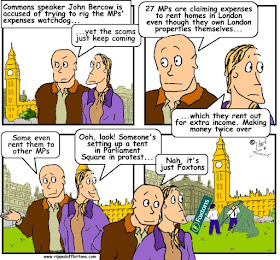 In January 2012 we wrote a post about "The House of Commons Committee on Members' Expenses" calling for £20,000 pay rises. This would be achieved by converting certain 'expenses' that must be costs proved to be incurred for the sole purpose of MPs doing their jobs into 'regional supplements' that are just paid to MPs regardless. That Commons committee last met in December 2011, and has patiently waited, with no  minuted meetings, for the whole of 2012.

No meetings in the whole of 2012? In spite of the committee's recommendation, made in December 2011, that:

"In not more than six months' time, the House should have the opportunity to consider the merits of that cost-benefit analysis and evaluation and to make a decision on whether there should or should not be a system of regional supplements instead of the existing travel and accommodation provisions."

What ever were they waiting for?

In the summer of 2012 an advert appeared on the parliamentary website:

Applicants invited for IPSA board membership....Individuals put forward for appointment by the House of Commons must have been selected by the Speaker on merit on the basis of fair and open competition, with the agreement of the Speaker's Committee for the Independent Parliamentary Standards Authority.

In case you were wondering, IPSA (the Independent Parliamentary Standards Authority) was, in its own words:

"created in 2009 by the Parliamentary Standards Act. We are tasked with independently monitoring and controlling MPs’ expenses, pay and pensions. We set up new rules to make a clean break with the past."

"The past" being broken with is the parliamentary expenses scandal. The scandal that shocked and entertained the nation with stories of duck houses, moats, mortgage flipping, and more mundane dodgy expense claims by MPs and peers giving their incomes a dubious top-up.

January 2013 saw the end of the terms of members of the original IPSA board created in 2009. There had been an expectation that those board members who wanted to stay would be automatically extended for one further term. However, the anger of MPs continuing to get their fingers caught in the public purse demanded revenge. Which the Speaker, John Bercow, provided by ruling that the entire board of IPSA must reapply for their jobs, and by putting a member of his own committee on the selection panel. Unsurprisingly apart from the chairman (whose appointment goes to 2014) all the members of the original board decided to leave, making the following statement on the 13th November 2012:

"The four ordinary members of IPSA’s Board have today announced they did not reapply for their positions. Of course, these are individual choices but one contributing factor was their concern about the process used to appoint and reappoint members to the Board.

These concerns were first set out in an exchange of letters between IPSA chair, Sir Ian Kennedy, and the Speaker over the summer. The letters are available here: http://www.parliament.uk/mps-lords-and-offices/offices/commons/speakers-office/speakers-publications/general-correspondence/ 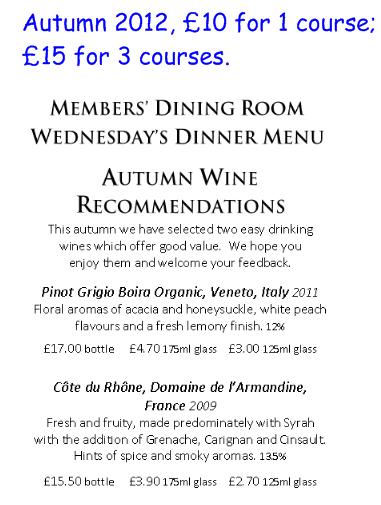 Their concerns were illustrated by the sentiments of a member of the Speaker's Committee on IPSA (SCIPSA), Sir Bob Russell:

“The donkeys are the board of Ipsa who have created a regime which means 38 per cent of all claims cost more to process than the claim is for."
TELEGRAPH 15/11/12

The original board members were well aware that it would be the Speaker and SCIPSA's (including Sir Bob) responsibility to recommend the new board.

MPs smokescreen their "gratuitous hostility" to IPSA with claims that it wastes their time and taxpayers' money. MPs observe that it costs £6m a year to fund IPSA. Have MPs overlooked the fact that the cost of IPSA is about the same as the taxpayer’s subsidy for the House of Commons bars and restaurants (£5.8 million a year)?

In their cost consciousness, would MPs wield a knife at both of these? In the case of food subsidies it was less a case of wielding a knife than waving the cutlery at the food-laden crockery.


Perhaps our well-fed parliamentarians don't make the connection between the two because subsidised food and drink are a perk they (as well as former MPs for their lifetimes) enjoy above and beyond their pay and expenses.

Freedom of Information requests in 2012 unearthed a medley of menus from a roster of restaurants which reveal MPs can enjoy a smorgasbord of dishes including a 3 course meal for £15 (menu on the right). But lets not dwell here on the soups, sauces and syllabub on offer at knock-down prices**. Enough to say that when it comes to waste, IPSA seems a far better use of taxpayers' money.

In terms of the MPs’ time filling out expenses, according to a survey of 128 MPs 79%  spent less than 2 hours a week, with 24% saying they spent no time at all making claims (presumably leaving that to their staff).

MPs bleating that this time is time spent away from working for their constituents should ask themselves how so many of their number find time for their lucrative second jobs (or is it being an MP that is the secondary job?) as directors and partners of firms and consultancies earning them in many cases far more than their MP’s salaries.

But all this fuss about MPs' dodgy expenses misses the point of what IPSA is really for. IPSA are watchdogs put in place by public anger at MPs proved misbehaviour.

It would be ignorant to judge our police force only by the crimes they solve and the value of stolen goods they recover. They should also be given credit for the value of goods that are not stolen, the cost of court appearances that are not needed, the expense of prison that are not required, and the damage of trauma not inflicted on victims of crimes that never were because of their deterrence value. Give the cops credit for all the crimes that did not happen because crooks feared the consequences.

As it is for the police, so it should be for the Parliamentary expenses watchdog IPSA. Judge IPSA not by how much money they doled out, nor how much they withheld. Judge IPSA by the fact that they have discouraged MPs sniffing around looking for opportunities to make a few extra quid through a bit of fraud. MPs who do not hold themselves to the highest standards - either through their innate honour or through fear of disgraceful exposure by IPSA - will not hold others to the highest standards.

Britain is awash with dodgy dealing. Traders rig everything from energy markets to bank interest rates. Blue chip companies mis-sell anything from phone contracts to pensions to mortgages to payment protection insurance and more. Banks hide billions for tax dodgers and launder money for drug cartels. Britain is awash with dodgy dealing that has resulted in economic mayhem and misery. How is it that none of the leading perpetrators has gone to a British jail? Massive fines are paid by company shareholders (including our pension funds), but the actual perpetrators carry on business as usual.

Ultimately the fault is not with the regulators nor with the courts. The fault is with the lawmakers - our MPs. The reason why expenses is important is not so much the expenses themselves. It is the mindset of our lawmakers that doing dodgy stuff to make a quick quid is acceptable. An MP who has justified to himself fiddling his expenses will find it harder to legislate to penalise the fiddling of a banker. An MP who is held to account will write laws that hold others to account.

Anyway, the new IPSA board members have to be judged by their work:
Laws are like spiders webs: designed to trap the weak but allow the strong to push over. Let us hope that the new spiders weaving the web at IPSA are subject to the same gratuitous hostility from MPs as the original board members. That will show that they are doing a good job, and their web has proved not to be a push over.


**For the record, the £15 cost of a 3 course meal in Parliament would buy the likes of you and me a medium pizza from Dominos without any extra toppings. 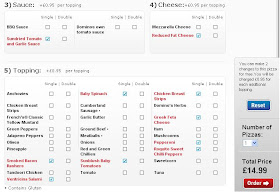