Why is political advertising exempt from rules on lying? 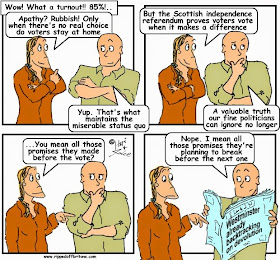 The Office of Fair Trading (OFT) only considers lying an offense if it fools more than half the target market. 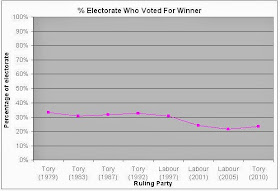 If OFT rules were applied, all UK elections would be judged completely "fair".

This is because no political party for decades has won the votes of more than a third of the electorate let alone half. Therefore it cannot be said more than half the target market had been 'fooled'.

Does anyone doubt that politicians lie? Politicians know we know they lie, not least because they themselves work so hard to point out each others' fibs. Labour snitches on the ConDem coalition and the SNP, the Torygraph snitches on Labour. The question isn't why they lie, the question is how they keep a straight face when they are doing it.

After all, they are all honourable (and right honourable) men and women, our MPs in Parliament. We know because they tell us so. So why do they use deceit and dissembling as a key tool in getting their jobs, and getting into power? The answer, of course, is because it works.

Taking a Conservative Party leaflet as an example, our guest author, Barrie Singleton (author of the Spoil Party Games blog), provides an insight below:


What can be done about lying political adverts?

It is illegal under the REPRESENTATION  OF THE PEOPLE ACT 1983 to induce a citizen to vote by threats.


(1)A person shall be guilty of a corrupt practice if he is guilty of undue influence.


(2)A person shall be guilty of undue influence—


(a)if he, directly or indirectly, by himself or by any other person on his behalf, makes use of or threatens to make use of any force, violence or restraint, or inflicts or threatens to inflict, by himself or by any other person, any temporal or spiritual injury, damage, harm or loss upon or against any person in order to induce or compel that person to vote or refrain from voting, or on account of that person having voted or refrained from voting; or


And yet much of election literature is about threats and menaces.This Tory pamphlet from the 2010 General Election provides a fine example of all of the above: 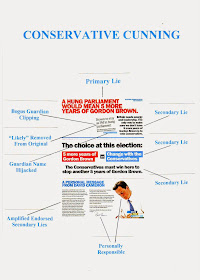 
Of course, political parties are pretty much exempt from regulation when it comes to telling porkie pies. The Advertising Standards Authority makes that very clear:


"For reasons of freedom of speech, we do not have remit over non-broadcast ads where the purpose of the ad is to persuade voters in a local, national or international electoral referendum. Complaints about political advertising should be made directly to the party responsible for that advertising."


Political advertisements are banned from being broadcast on TV under the Communications Act 2003 (instead parties are given airtime via party political broadcasts which aren’t classed as advertising). Meanwhile, political ads in non-broadcast media (posters, newspapers etc) whose principal function is to influence voters in local, regional, national or international elections or referendums are exempt from the Advertising Code. We can’t, therefore, look into complaints that political ads are misleading, harmful or offensive.


The real reason the ASA declines to rule on political fibbing is election campaigns last just a few weeks. By the time a lie is told, a compaint is made, and the ASA gets around to making a judgement the new government will already be in power. Perhaps slipping in with a lubrication of lies.

The last thing the ASA wants, and knowing the power of lobbyist the last thing we the electorate would want, is an organisation created to keep tabs on phoney cures for baldness bringing down a government. 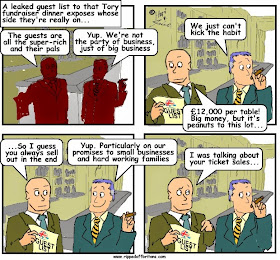