UK rendition to the US? Not always a bad thing!

Can KJ get Fee to compromise on her principles, just a little... 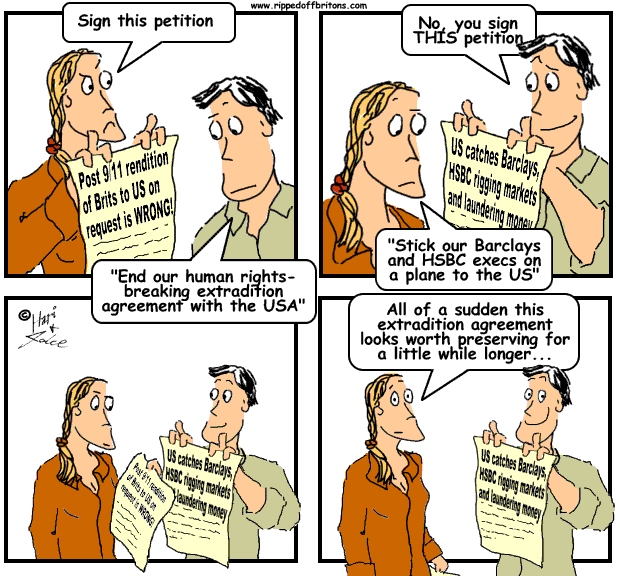 Barclays facing record $470m fine in US for rigging energy market
Barclays suffered another huge blow to its reputation yesterday as America's main energy regulator said it wants to fine the bank a record $470m (£292m) for rigging the Californian electricity market. INDEPENDENT

HSBC warns it could be fined more than £1bn in the US and face criminal prosecutions over illegal money-laundering
The bank said that it had yet to reach an agreement with US regulators on the ultimate size of the fines following accusations it had handled money that derived from Mexican drug cartels and rogue nations such as Iran and Sudan. TELEGRAPH

What does banking contribute to UK Plc? 7 myths exposed, and why we must rein them in